For the 7,287 deals that closed last month, the The median sale price was $710,000, according to Zillow data cited by the Los Angeles Daily News.

The number of home sales also reflects a near 20 percent increase year-over-year.

Other Southern California counties saw similar positive home sale activity. The third quarter was the fastest-selling quarter of the last 14 years across the region.

ROCKFORD — September was one of the strongest months ever for the region’s residential housing market, according to the Rockford Area Association of Realtors.

There were 503 single-family homes sold in Winnebago, Boone and Ogle counties last month, marking a 10.5% increase compared to September 2019 and the highest sales volume for the month in 15 years.

The average sale price of a home last month was $158,240, a 9% increase compared to September of last year. It’s also the third consecutive month that home prices have hit record-breaking highs.

“The surging real estate market in Rockford continues to climb,” Rockford Area Association of Realtors CEO Conor Brown said in a news release. “The momentum is

For the second month in a row, South Florida residential sales are beating out 2019. They’re also driving up prices, bringing the median price for a single-family home in Miami-Dade and Broward counties to $425,000 — the highest ever.

The total number of home sales was up more than 12% in September 2020 over September 2019 sales in both Miami-Dade County and Broward, according to the Miami Association of Realtors. That follows a similar increase in August — welcome relief after the four-month decline in previous months.

“We are seeing tremendous influx coming in from outside of Miami, and in a way a revaluation from people in Miami. This is the first time that people have spent this much time at home,” said Jessica Adams, global real estate adviser with One Sotheby’s International Realty. Adams focuses on single-family homes in Coconut Grove and Coral Gables.

San Francisco’s residential real estate market saw brisk activity from July through September with a steep increase in both sales and inventory, as a significant jump in buyers was not enough to keep up with the deluge of new condos and homes flooding the marketplace, according to a new report from the brokerage Compass.

The number of sales rose 30.2% compared to the third quarter last year, climbing from 1,151 to 1,499 transactions. But the number of listings is at a 15-year high, with a 10-month inventory for condos in some neighborhoods. Comparing September to the same month last year, the number of price reductions was up 172% for houses and condos combined. Of the price reductions, 80% were of condos.

“The issue is the inventory is increasing so much faster than the sales rate,” said Patrick Carlisle, chief market analyst for Compass. “Any time you have this relatively huge

Analysts said talk of an exodus from the capital appeared “overblown,” as Land Registry data showed average prices rose 3.5% in the year to August.

Homes sold for an average of £489,000 ($642,000) in London in August, a joint record high last seen in July 2017. The growth was significantly higher than than the UK average of 2.5% year-on-year growth. Economists had expected 3% national growth.

It marks a reversal of pre-pandemic trends, with Brexit, affordability and tax reforms dampening demand in London and the south-east in recent years while prices have surged in many areas elsewhere.

Prices in the capital were more than twice as high as the UK average of just over £239,000.

The figures appear at odds with widespread signs many residents

© Provided by CNBC
Retrofits can include the installation of solar panels on a home’s rooftop, such as this property in Kent, England.


You only need to look at the huge numbers of people working from home to see how tech has changed the buildings we live in.

Through laptops, tablets and smartphones, we can seamlessly connect with colleagues, friends and family located in other towns, cities and countries.

In an ideal world, all residential spaces — the bricks and mortar side of things — would be similarly hi-tech, harnessing digital technologies and innovative design to be low carbon, sustainable and energy efficient.

The reality is different: a lot of housing stock is decades, even centuries, old.

Foreclosure activity has, for all intents and purposes, ground to a halt due to moratoria put in place by the federal, state and local governments and the mortgage forbearance program initiated by the CARES Act, a report from ATTOM Data Solutions shows.

According to the firm’s third quarter U.S. Foreclosure Market Report, there were a total of 27,016 U.S. properties with foreclosure filings – default notices, scheduled auctions or bank repossessions – in the third quarter.

What’s more, it is the lowest foreclosure rate since the inception of the report in 2008.

For the month of September, there were a total of 9,707 U.S. properties with foreclosure filings, down 2% compared with August and down 80% compared with September 2019.

They’ve spent weeks renovating homes in front of a national audience of millions.

And as The Block nears the end of its 2020 season, all of the houses are now officially on Melbourne’s property market.

On Monday, official ‘For Sale’ signs went up out the front of each of the stunning properties. 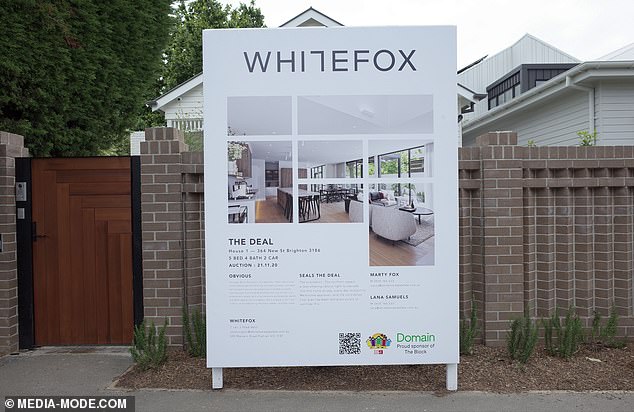 Ready to sell: Official ‘For Sale’ signs went up out the front of each of the stunning properties of The Block in Melbourne’s Brighton on Monday. Pictured: Harry and Tash’s sign 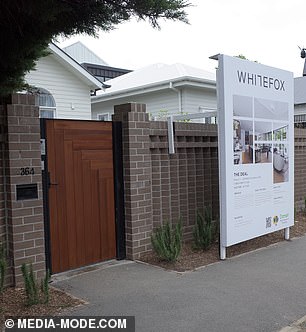 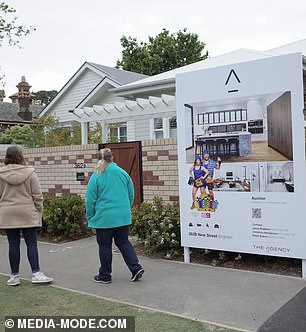 Prepared: With auction day just around the corner, the contestants no doubt want to drum up as much interest as they can

With auction day just around the corner, the contestants no doubt want to drum up as much interest as they can in their properties.

Father and daughter duo, Harry and Tash,  have chosen to sell their home through Whitefox real estate and a clean white


© Star Tribune/Star Tribune/ALEX KORMANN  alex.kormann@startribune.com/Star Tribune/TNS
A Tudor house in the heart of the Congdon Park neighborhood in Duluth is for sale.

The median sale price in the Duluth area reached $205,000 last month, up nearly 20% from a year ago, according to the latest report from Lake Superior Area Realtors.

Still, the number of homes hitting the market remains low, which is a major factor in driving prices up. Realtor Tom Acton warned the current market won’t last forever.

“There is a shortage of housing, which we didn’t have last year, and it’s getting worse,” said Acton with RE/MAX Results in Duluth and Superior. “I don’t think this market is

Data from property listings site Rightmove (RMV.L) shows sales were up 70% in September versus a year earlier, and average asking prices up 5.5% or almost £17,000 ($22,000) year-on-year in October. It marked the highest annual price growth in four years.

The average property on the market earlier this month was on for an all-time high of £323,530, also marking a 1.1% increase on prices last month.

But estate agents say some owners are “now getting too optimistic” with asking prices, and there are some signs of market momentum “easing off” this month.

The property boom since the market re-opened earlier this year has continued in spite of the resurgent coronavirus, tighter lockdown restrictions, rising unemployment and Brexit uncertainty, with some