So the tongue-wagging Platinum Triangle real estate scuttlebutt goes, billionaire real estate developer Randall Van Wolfswinkel has over the last year or so peeped and poked around just about every trophy home for sale in Beverly Hills with a price tag under $100 million. But, in the end, the property mad developer decided on an undeveloped lot along what is arguably one of the best and most expensive streets in the famously high-priced Trousdale Estates area of Beverly Hills, paying $33.75 million in an off-market deal for a vacant one-acre parcel that was sold at a multimillion-dollar profit by David Geffen.

Set along a high, ridgeline cul-de-sac of nine homes, each with a more compelling bird’s eye view than the last, the scraggly, unkempt property has been sold half a dozen times over the last 12-or-so years, and somewhat improbably in the process

BETHESDA, Md., Nov. 30, 2020 /PRNewswire/ — “Conversations with the Best Minds in Real Estate” – the podcast by RCLCO Real Estate Advisors, a leading national real estate advisory firm, announced today that its November episode features a conversation between Karen Hollinger, Senior Vice President of Strategic Initiatives at AvalonBay Communities, and Charles Hewlett, Managing Director at RCLCO. In the episode, they discuss Hollinger’s career journey from finance to real estate, gender equity within the technology and real estate sectors, and the lasting impacts of the pandemic on the rental apartment industry. 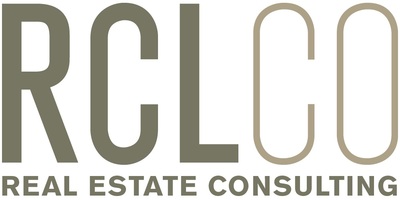 Started in 2019, “Conversations with the Best Minds in Real Estate” brings listeners illuminating monthly interviews with today’s most relevant and motivating leaders throughout all corners of the real estate sector. Each episode features conversations with a key figure in the real estate and housing industry, highlighting the challenges they’ve faced, the lessons they’ve learned,

For many Americans, buying a first home is simply not economically feasible. So they end up paying a significant portion of their salary in rent, which, in fact, accounts for about 45% of Millennials’ income, according to recent research.

That’s the problem Up&Up seeks to address. Basically, the two-year-old company gives renters a way to get an ownership stake in their homes while they’re living there.

Thus, instead of paying two months rent for a security deposit, that money goes into the property as an initial investment and they keep on building up equity after that.

“Over time, we imagine people will think it was archaic that consumers had to lock up a large part of their net worth in a security deposit and put the majority of their income towards a wealth depreciating asset,” says Basil Siddiqui, a co-founder of the New York City-based company.

WASHINGTON – President Donald Trump still won’t bring himself to concede the election he decisively lost to President-elect Joe Biden. But he’s now acknowledging he will leave the White House if Biden’s win is affirmed by the Electoral College, which is firmly on track to do just that in a few weeks.

“Certainly I will,“ he said Thursday when asked if he will vacate the premises after electors make Biden’s win formal. “But you know that.”

Trump, who took questions from reporters for the first time since the election, unleashed another round of complaints about the vote and theatrical warnings that “a lot of things” would happen before the Electoral College meets Dec. 14 that could possibly change results. But while he’s stirring uncertainty about how he will behave in the weeks ahead, there is no real suspense about the outcome.

All states must certify their results before the Electoral

The number of high-value real estate transactions in San Francisco has dropped sharply since the coronavirus cast a pall over the economy and the future of office work, according to new data released Monday by Carmen Chu, the city’s assessor-recorder.

Some large property holders may have postponed sales pending the outcome of Proposition I, a measure on the November ballot that doubled transfer taxes on transactions in San Francisco valued at $10 million and up, Chu said. The passage of Prop. I could spur some large property owners to sell before it takes effect Jan. 1, she added.

Before the pandemic, from July 2019 through March 2020, residential and commercial real estate transactions were averaging

TORONTO – Home prices are increasing in Canada’s cottage country as more buyers look to move there full-time, according to a report released Monday by Royal LePage.

Prices of single-family recreational homes rose 11.5 per cent to an aggregate of $453,046 in the first nine months of the year, the real estate brokerage said.

The data from Royal LePage comes amid an overall uptick in home prices this year, after COVID-19 lockdowns stymied the spring buying season. A rush of demand and a limited supply as the economy reopened this summer and fall meant that home prices were up 15.2 per cent last month in Canada compared to a year ago, according to the Canadian Real Estate Association.

Royal LePage chief executive Phil Soper says the number of cottages, cabins, chalets and farmhouses on the market have also dwindled amid the increased demand, at least through September.

A new report from Redfin revealed that condo sales rose 22.7% in October from a year earlier on a seasonally adjusted basis, after seeing a 50% drop in the spring. Single-family home sales grew 23.3% last month.

“Condos sales are rebounding because buyers are finding great deals,” said Redfin’s Chief Economist Daryl Fairweather. “Families are fleeing cities in search of more space in the suburbs, which has presented an opportunity for Millennials who are looking to become homeowners but don’t need extra bedrooms or a backyard.”

The average single-family home in the U.S. sold for an average of 17.3%, or $58,000 more than the typical condo, Redfin said. This is up from last year’s 15.4% and is the largest premium since at least 2013, when Redfin began recording this data.

The MarketWatch News Department was not involved in the creation of this content.

Nov 30, 2020 (MarketResearch.biz via Comtex) —
The latest research report provides a complete assessment of the Global Logistics Real Estate market for the forecast year 2021-2030, which is beneficial for companies regardless of their size and revenue. This Survey report covering the major market insights and industry approach towards COVID-19 in the upcoming years. The Logistics Real Estate Market Report presents data and information on the development of the investment structure, technological improvements, market trends and developments, capabilities, and comprehensive information on the key players of the Logistics Real Estate Market. The market strategies undertaken, with respect to the current and future scenario of the industry, have also been listed in the study.

The report begins with a brief presentation and overview of the Logistics Real Estate market, about the current market landscape, market trends, major

Billionaire mogul David Geffen sold a development site in Beverly Hills for $33.8 million, more than a year after he bought the mansion-ready property, The Real Deal has learned.

The buyer of the 1-acre parcel at 1169 North Hillcrest Road is Santa Barbara investor, who sources declined to identify. The sale closed Nov. 20.

Geffen paid $30 million for the property in July 2019. It includes plans for a 24,500-square-foot mansion designed by architectural firm Shubin Donaldson. According to PropertyShark, the property has changed hands six times since 2013, with no owner holding onto the land long enough to develop it.

The sale is the latest in what has been a prolific year of real estate deals for the founder of Geffen Records and former DreamWorks executive and co-creator. Geffen set a record in February for the priciest single-family home

December 26 is going to be a very harsh day for millions of Americans. After celebrating Christmas many of them they are going to lose the economic lifeline of Pandemic unemployment assistance, which could lead to millions of them becoming homeless. While the stock markets make new highs, this does nothing for the people who have lost their jobs and can’t make next month’s rent or mortgage payment.

13.65 million people are being helped

In last week’s unemployment claims report the number of people on regular state unemployment benefits fell from 6.45 million to 6.04 million, a drop of 414,000. However, Gregory Daco, Oxford Economics Chief Economist,