Infrastructure in the U.S. is in bad shape.

Our multi-trillion-dollar economy relies on a network of infrastructure from roads and bridges to railways, ports and power grids. Unfortunately, the systems currently in place were built decades ago, and are dangerously in need of repair. Bridges for example are structurally deficient. Water systems are old and could pose a threat to human health.

“We’re looking at aviation, bridges, roads, transit, dams, levees, schools, parks, solid waste, drinking water, waste water,” ASCE Executive Director Tom Smith told CNBC. “Unfortunately, 12 out of 16 categories are in the ‘D’ range, which is ‘poor’ or ‘at-risk,’ which is really reflecting a lot of our infrastructure being at the end of its useful life.”

House Speaker Nancy Pelosi recently said infrastructure could be a priority in the next Congress. Hopefully, it’ll be more than a “could,” though.

“Pelosi cited infrastructure as an example of an area where the House, retained by Democrats, would potentially work with the Senate, likely to be controlled by Republicans, if Joe Biden wins the presidency,” reported MarketWatch’s Jonathan Nicholson.

With a desperately needed update for antiquated infrastructure, here are some of the top stocks to consider. 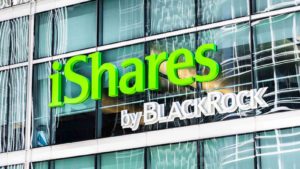 One of my favorite ways to trade any sector is with an exchange-traded fund (ETF) for the sole purpose of diversification at low cost. The iShares Global Infrastructure ETF, for example, holds Dominion Energy (NYSE:D), Enbridge (NYSE:ENB), TC Energy (NYSE:TRP), National Grid (NYSE:NGG) and 73 other infrastructure stocks in a portfolio that trades for $43.67.

Since finding double bottom support around $38, the IGF stock has rocketed current levels. The “Infrastructure Week” punchline of the Trump Administration could become the reality of “Infrastructure Term” under the incoming Biden administration, analysts told MarketWatch’s Andrea Riquier last month. 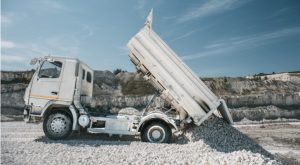 Martin Marietta Materials is another one of the great infrastructure stocks to buy. The company is one of the top suppliers of aggregates and heavy building materials. Since bottoming out at $134.33 in March, MLM stock has rocketed to current levels, $271.21, on hopes we’ll see improvements to infrastructure.

Not only did the company just declare a quarterly cash dividend of 57 cents a share, it posted strong earnings. In fact, according to Ward Nye, Chairman and CEO of Martin Marietta:

“Building on our strong business execution in the first half of the year, Martin Marietta again delivered outstanding financial and operational performance. The Company expanded consolidated gross margin 100 basis points to 30.6%, a new record, and generated Adjusted EBITDA of $501.7 million (inclusive of nonrecurring gains) in the third quarter. We also achieved record year-to-date profitability, as measured by both gross profit and Adjusted EBITDA, and the best safety performance in Martin Marietta’s history.”

Moody’s Investors Service last week upgraded Martin Marietta’s credit rating to Baa2 from Baa3 based on its “conservative approach to balance sheet management and liquidity, and higher predictability in free cash flow throughout this uncertain economic environment.” In other words, solid.

Vulcan Materials is one of the companies that produces and sells construction aggregates, asphalt mix and ready-mixed concrete primarily in the U.S. for highways, airports and government buildings.

The last time I weighed in on the VMC stock, in June, I wrote, “I believe VMC stock could revisit its prior high of $148 shortly. Plus, demand for concrete is expected to grow 7% this year to $4 billion, according to Concrete Construction.” At the time, it traded at just $109 on June 11. Today, it’s consolidating around $142, and could easily rally to $165, near-term, in my opinion. 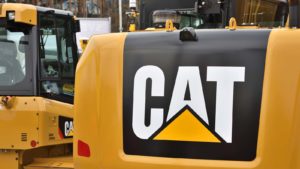 No infrastructure job is complete without Caterpillar, I also noted on June 11.

With potential multi-billion-dollar projects, CAT stock can quickly capitalize with its diversified business model, including transportation, construction and natural resources.

If we see progress with Congress moving forward, there’s no doubt Caterpillar could benefit. And it’s 2.38% dividend yield gives investors a bit of income while you wait.

Nucor is another heavyweight that should be in your portfolio.

Nucor is the largest steel producer in the U.S., and could be another substantial beneficiary of potential infrastructure programs. This is another hot stock I featured on June 11, as it traded at $39. It’s now up above $54 and could see $60 near-term on any move to improve the nation’s ailing infrastructure.

“With so much of the nation’s infrastructure like roads, bridges, dams, and airports in need of repairs and replacements, whatever party holds the purse strings will have to loosen them soon. And with both parties discussing various stimulus packages to assist the coronavirus-ravaged economy, this maker of steel products such as rebar, sheets and plates, and piping, stands to benefit,” noted Motley Fool contributor Jason Hawthorne.

On the date of publication, Ian Cooper did not have (either directly or indirectly) any positions in the securities mentioned in this article.

Ian Cooper, a contributor to InvestorPlace.com, has been analyzing stocks and options for web-based advisories since 1999.