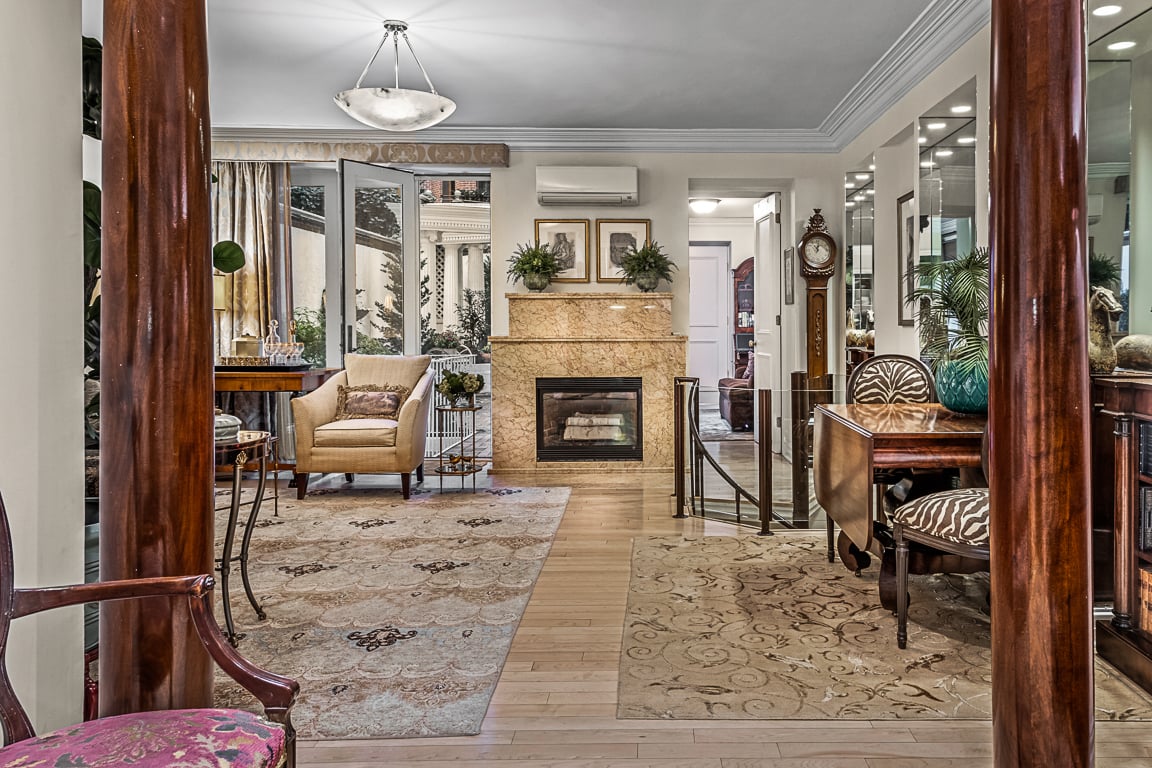 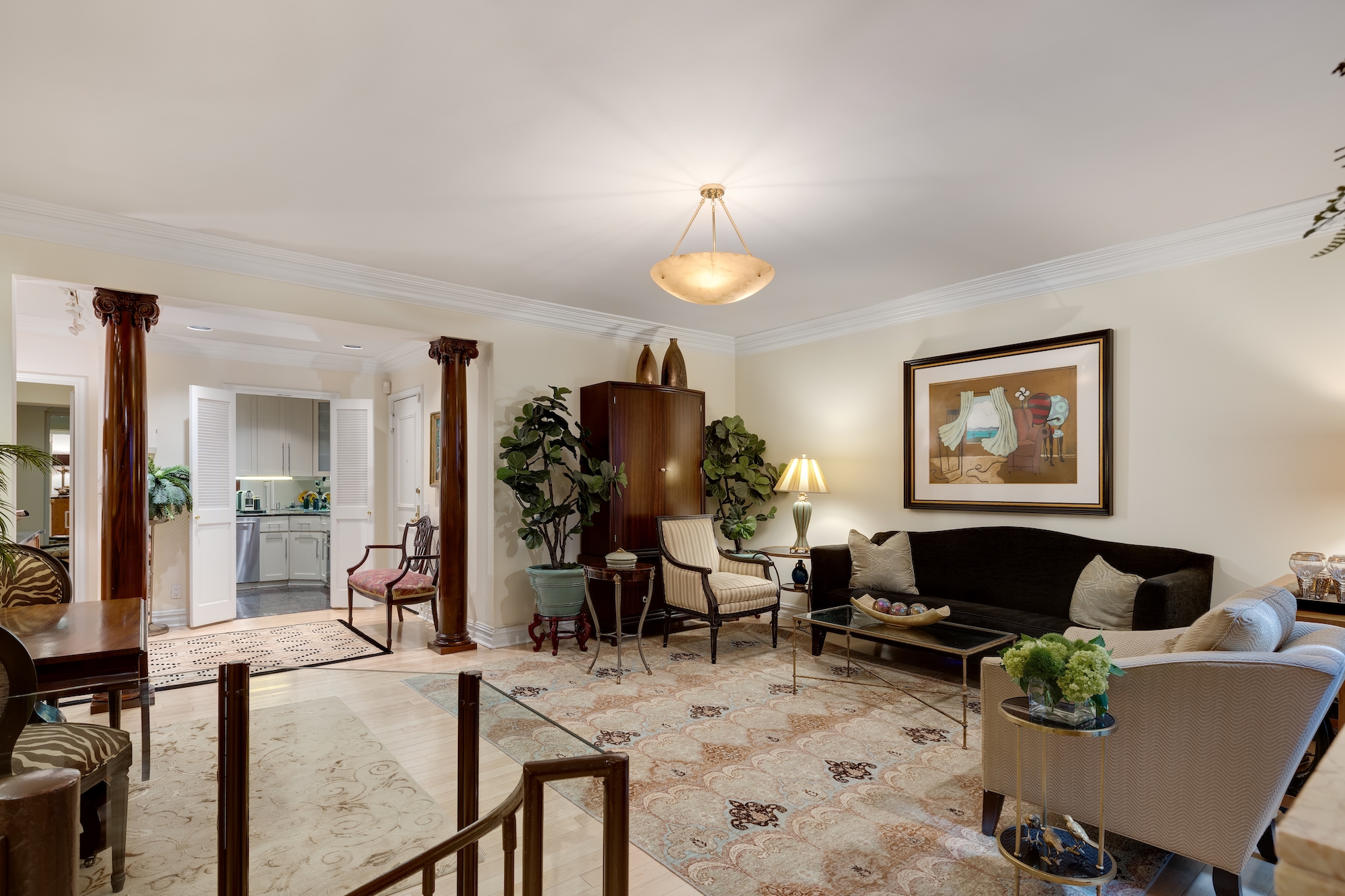 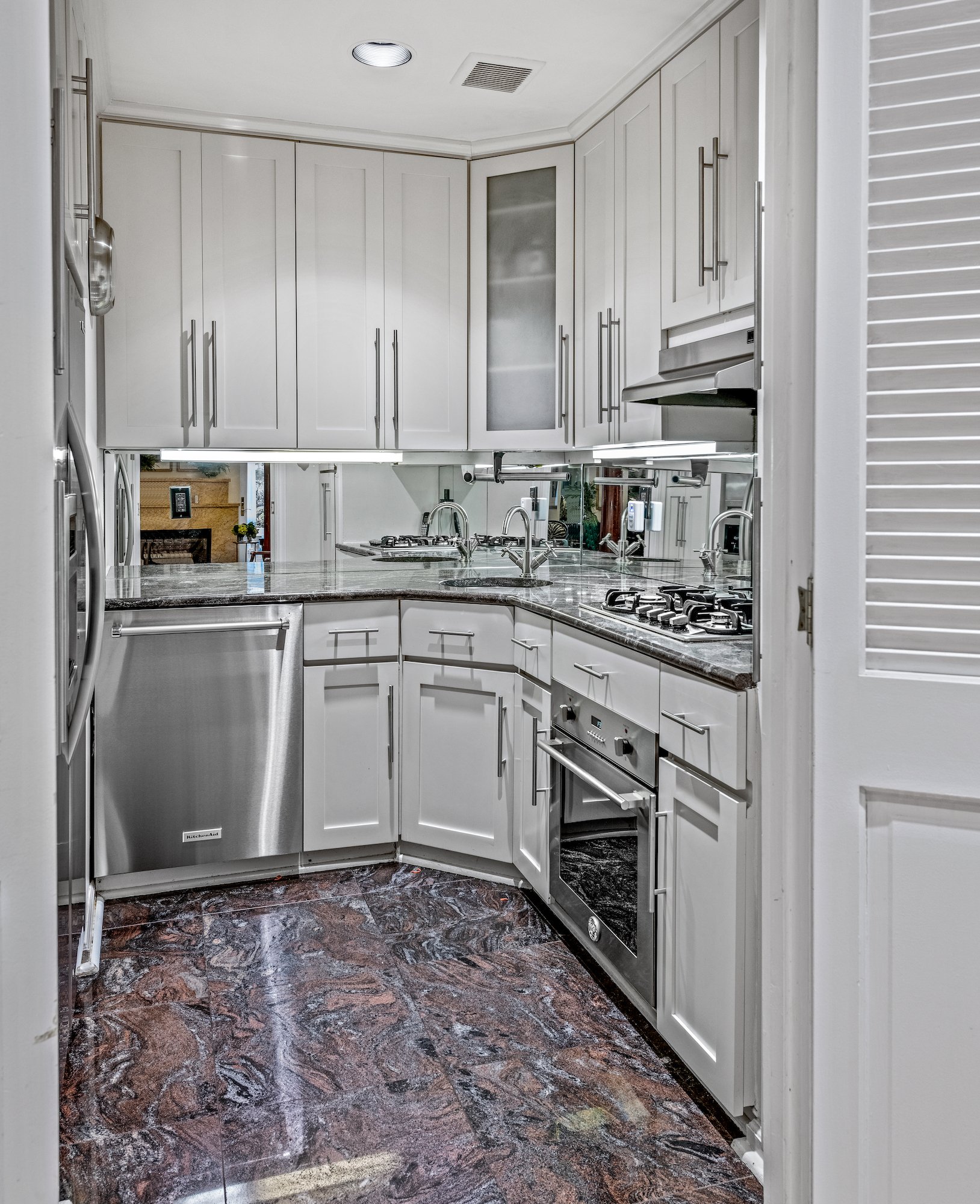 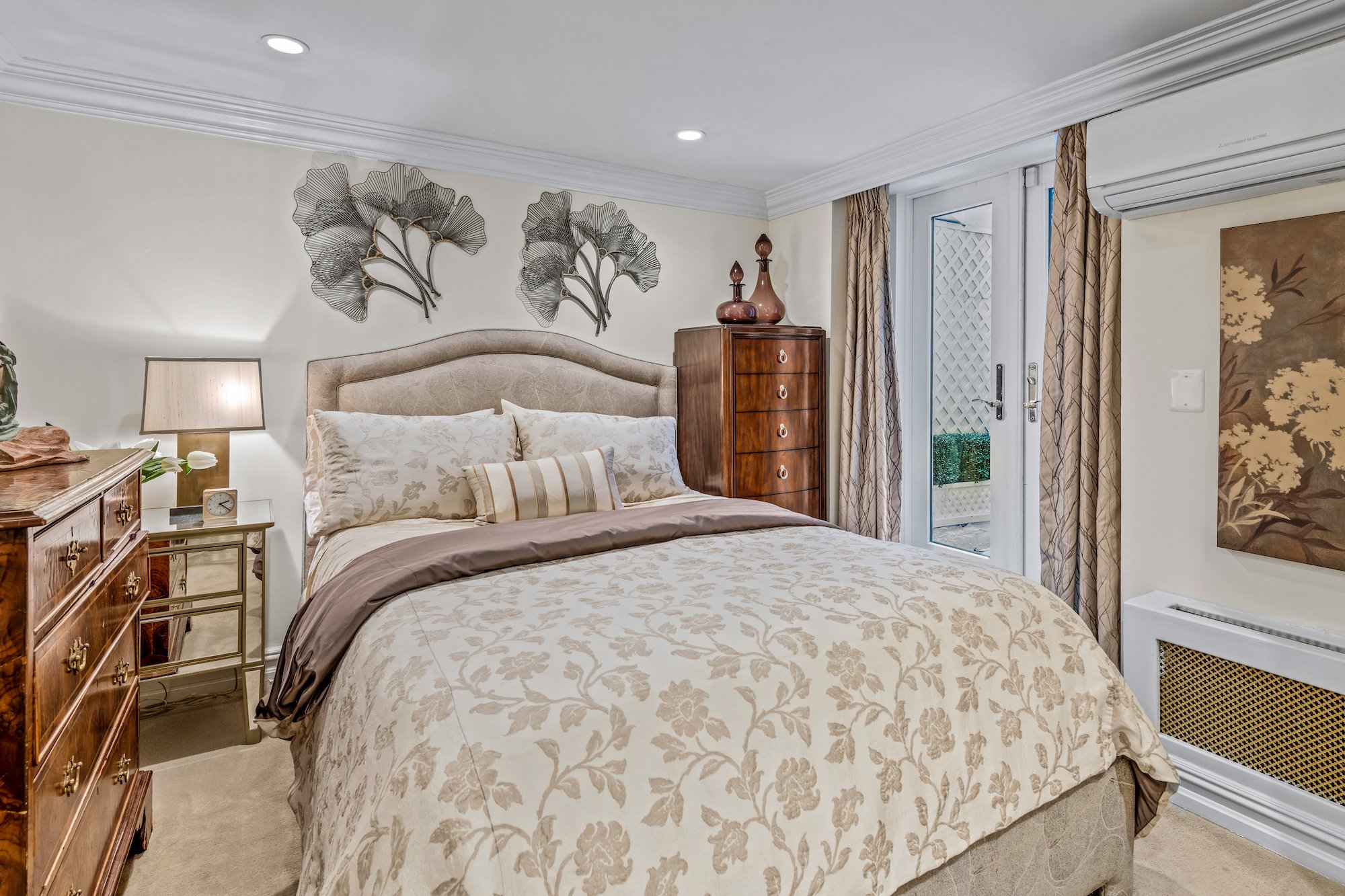 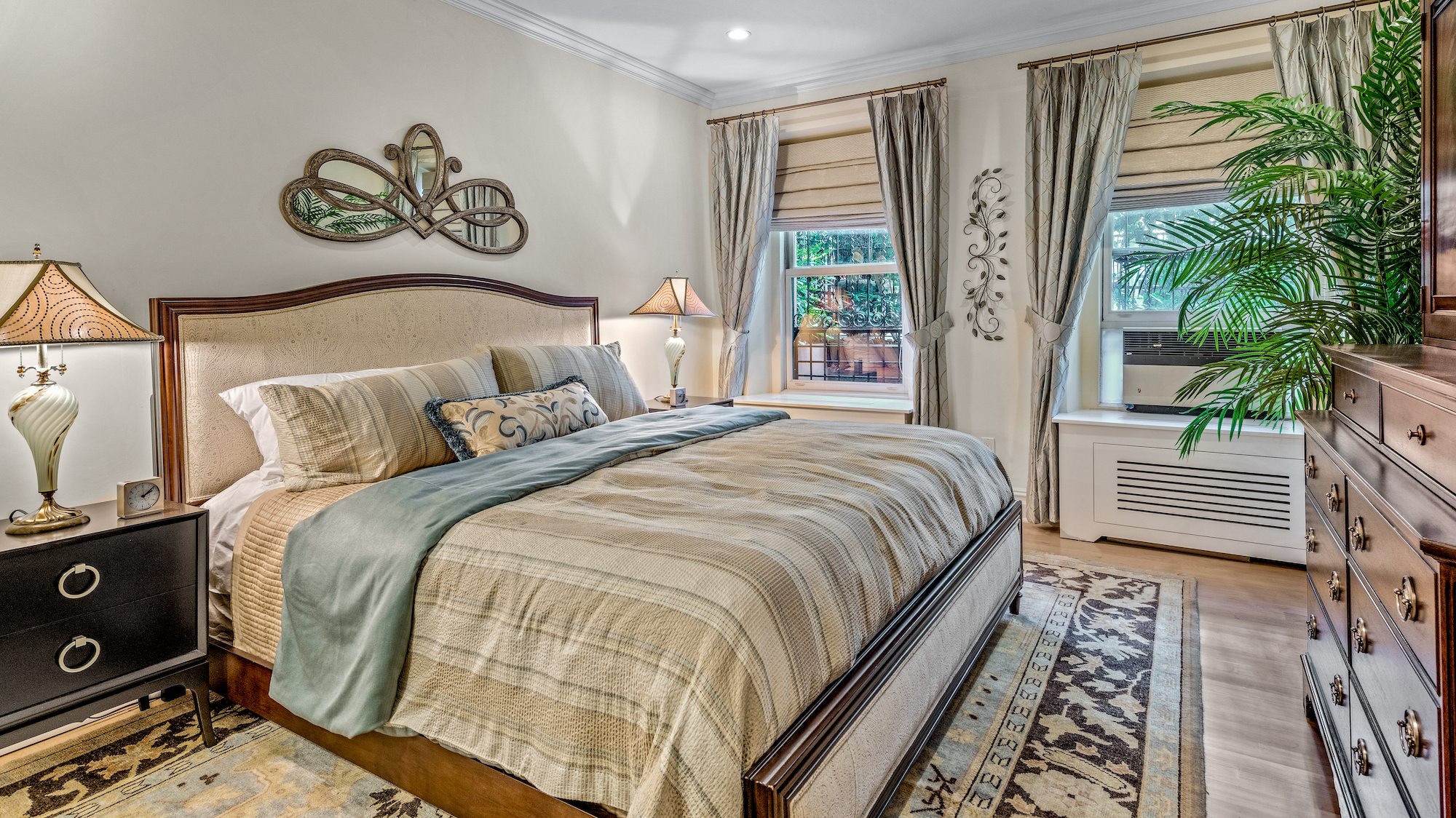 On this level, there’s also a small but capable kitchen with high-end appliances, two bedrooms, two newly renovated ensuite baths, and lots of closet space. The rear bedroom and the living area have access to the garden via glass doors. 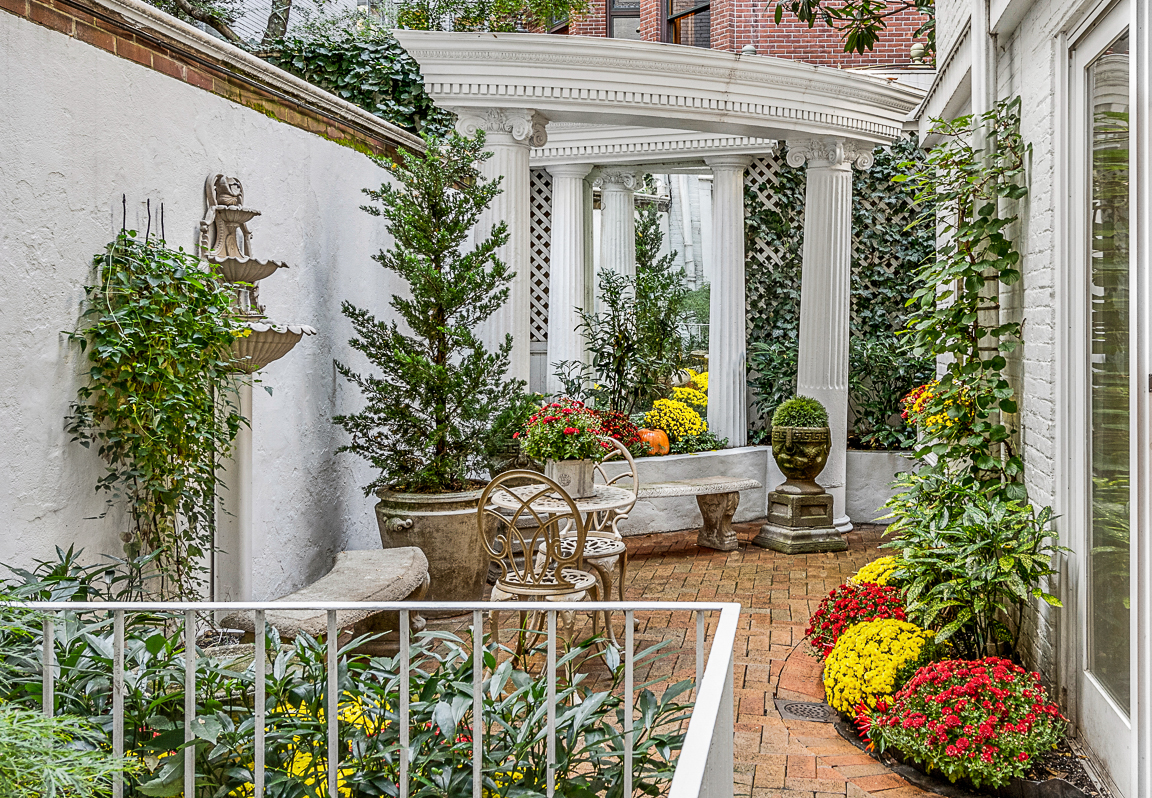 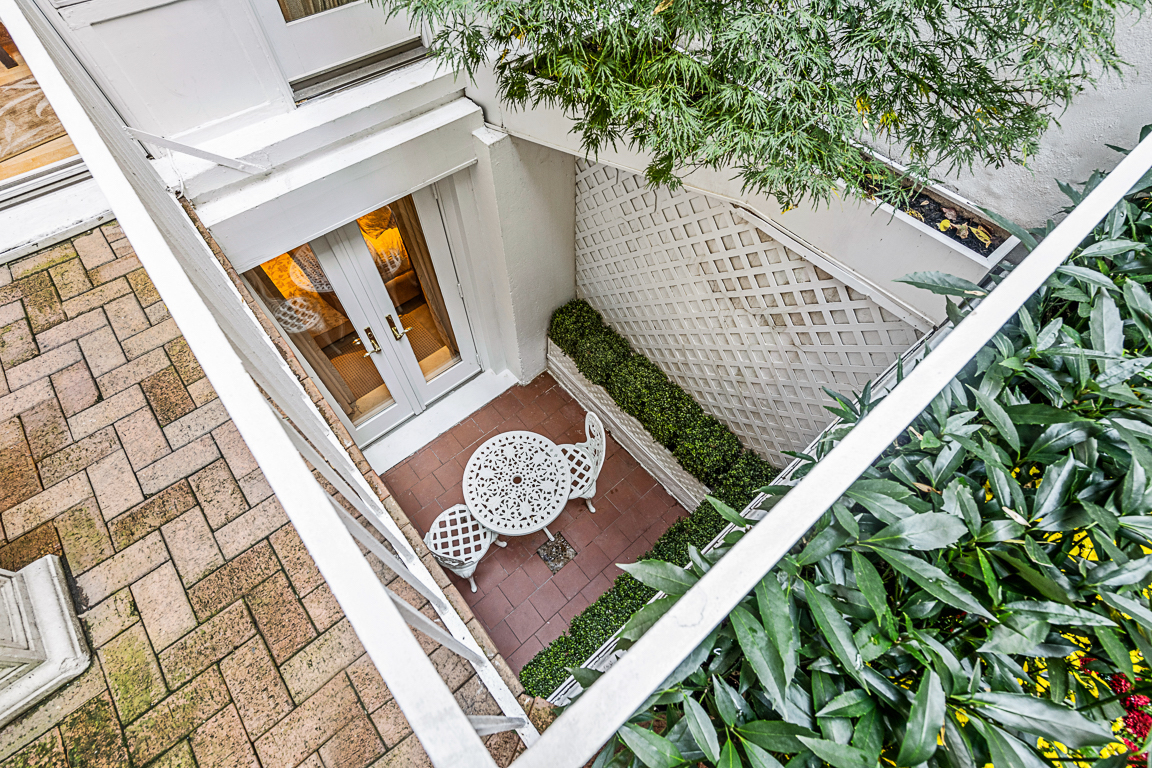 The lower level could serve as a third bedroom, an office, or a home gym. On this floor, there’s a full bath, four closets, and a patio, which you can see from the garden above through a unique cut-out. A large storage area was included in the sale.

[At Compass by Elizabeth Goss]

All listing images by Alan Barry; courtesy of Compass