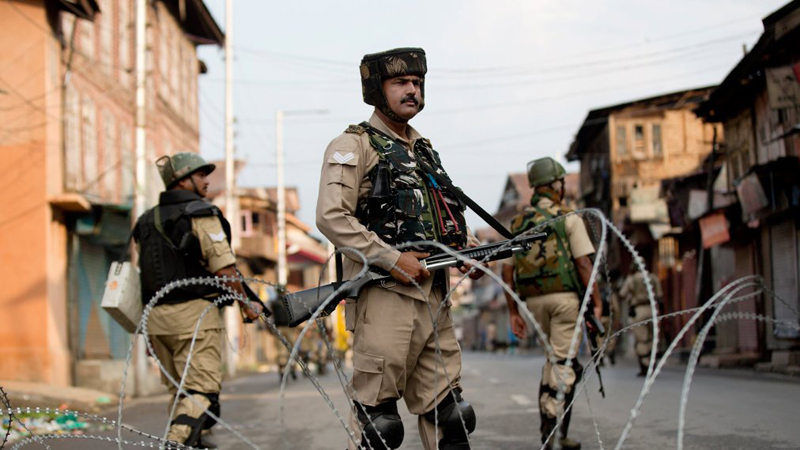 India on Tuesday introduced new amendments in the country’s land laws for occupied Jammu and Kashmir which would enable any Indian citizen to buy property in the territory, local media reported.

A notification by the Indian home ministry said that the new law, Union Territory of Jammu and Kashmir Reorganisation (Adaptation of Central Laws) Third Order, 2020, would come into effect immediately.

Before the notification, only “permanent residents” of Indian occupied Kashmir could buy property in the region – a clause that now stands removed.

Since last year, after the Bharatiya Janata Party-led government abrogated Article 370 of the Indian constitution – which repealed occupied Kashmir’s special status – New Delhi has made several changes in laws pertaining to the occupied territory, granting non-residents the right to get education, jobs and buy property in the region.

The decision comes as Kashmiris observe October 27 as ‘Black Day’, when Indian forces took over the valley 73 years ago in 1947.

The new laws were condemned by Minister of States and Frontier Regions (Safron) Shehryar Afridi, who said that the Indian government had introduced a “draconian law […] on Black Day, reminding how occupant forces of India keeps (sic) on occupying all rights of Kashmiris”.

Kashmiri leader Omar Abdullah blasted the development as “unacceptable”, saying occupied Kashmir was “now up for sale and the poorer small land holding owners will suffer”.

Earlier this year, the Narendra Modi government had issued new domicile laws for occupied Kashmir, under which any person who had resided in Jammu and Kashmir for 15 years would be able to call the occupied territory his or her place of domicile.

Prior to this, article 35A of the constitution of J&K empowered it to define a resident. A person will also be deemed domiciled if he/she is registered as migrant by the relief and rehabilitation commissioner in the union territory.

Locals too would have to apply for the new “domicile certificates” in order to qualify for permanent resident rights. For this, they have to produce their Permanent Resident Certificates (PRC), cherished documents valid since 1927, which then become worthless. These new laws have sparked fears among the local population and India’s 200-million Muslim minority, who fear Modi wants to create a Hindu nation – an allegation he denies.