WASHINGTON, Nov. 12, 2020 /PRNewswire/ — Every metro area tracked by the National Association of Realtors® during the third quarter of 2020 saw home prices increase from a year ago, according to NAR’s latest quarterly report, released today. 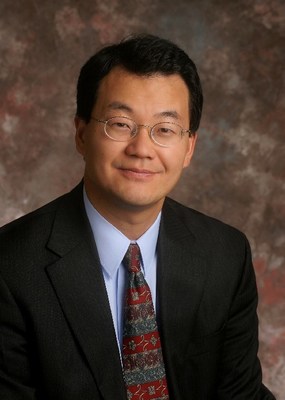 “Favorable mortgage rates will continue to bring fresh buyers to the market,” said Lawrence Yun, NAR chief economist. “However, the affordability situation will not improve even with low interest rates because housing prices are increasing much too fast.”

“In light of the pandemic, prices jumped in a number of metros that contain larger properties and open space – where families could find extra rooms, including areas for an at-home office,” said Yun.

At the end of the third quarter, 1.47 million existing homes were available for sale,2 19.2% lower than total inventory at the end of 2019’s third quarter. As of September 2020, housing inventory totals were equivalent to 2.7 months at the current sales pace.

As Yun noted, rapidly rising prices take a toll on home affordability. With higher home prices, the monthly mortgage payment on a typical existing single-family home – one that is financed with a 30-year fixed-rate mortgage and 20% down payment – rose to $1,059 in the third quarter. This is an increase from the second quarter ($1,019) and from 2019’s third quarter numbers ($1,032).

With home prices continuing to rise, families needed roughly $50,819 in annual income to comfortably afford a mortgage on a typical existing single-family home, up from $48,912 in the second quarter and from $49,536 this time last year. A 30-year fixed-rate, 20% down payment mortgage is considered affordable if the mortgage payment accounts for no more than 25% of a family’s income. A home purchase was affordable because the median family income was $81,477.

“As home prices increase both too quickly and too significantly, first-time buyers will increasingly face difficulty in coming up with a down payment,” said Yun. “Transforming raw land into developable lots and new supply are clearly needed to help tame the home price growth.”

The National Association of Realtors® is America’s largest trade association, representing more than 1.4 million members involved in all aspects of the residential and commercial real estate industries.

NOTE: NAR releases quarterly median single-family price data for approximately 175 Metropolitan Statistical Areas (MSAs). In some cases, the MSA prices may not coincide with data released by state and local Realtor® associations. Any discrepancy may be due to differences in geographic coverage, product mix, and timing. In the event of discrepancies, Realtors® are advised that for business purposes, local data from their association may be more relevant.

Data tables for MSA home prices (single-family and condo) are posted at https://www.nar.realtor/research-and-statistics/housing-statistics/metropolitan-median-area-prices-and-affordability. If insufficient data is reported for an MSA in a particular quarter, it is listed as N/A. For areas not covered in the tables, please contact the local association of Realtors®.

Information about NAR is available at www.nar.realtor. This and other news releases are posted in the newsroom in the “About NAR” tab.

1 Areas are generally metropolitan statistical areas as defined by the U.S. Office of Management and Budget. NAR adheres to the OMB definitions, although in some areas an exact match is not possible from the available data. A list of counties included in MSA definitions is available at: https://www.census.gov/geographies/reference-files/time-series/demo/metro-micro/delineation-files.html.

Regional median home prices are from a separate sampling that includes rural areas and portions of some smaller metros that are not included in this report; the regional percentage changes do not necessarily parallel changes in the larger metro areas. The only valid comparisons for median prices are with the same period a year earlier due to seasonality in buying patterns. Quarter-to-quarter comparisons do not compensate for seasonal changes, especially for the timing of family buying patterns.

Median price measurement reflects the types of homes that are selling during the quarter and can be skewed at times by changes in the sales mix. For example, changes in the level of distressed sales, which are heavily discounted, can vary notably in given markets and may affect percentage comparisons. Annual price measures generally smooth out any quarterly swings.

Because there is a concentration of condos in high-cost metro areas, the national median condo price often is higher than the median single-family price. In a given market area, condos typically cost less than single-family homes. As the reporting sample expands in the future, additional areas will be included in the condo price report.

The seasonally adjusted annual rate for a particular quarter represents what the total number of actual sales for a year would be if the relative sales pace for that quarter was maintained for four consecutive quarters. Total home sales include single-family, townhomes, condominiums and co-operative housing.

Seasonally adjusted rates are used in reporting quarterly data to factor out seasonal variations in resale activity. For example, sales volume normally is higher in the summer and relatively light in winter, primarily because of differences in the weather and household buying patterns.

3 This is the effective mortgage rate based on Freddie Mac’s 30-year fixed contract rate mortgage and points and fees.

Get Black Friday pricing on these 15 headphones

‘Iconic’ Estate For $1.9M On The Market In North Haven