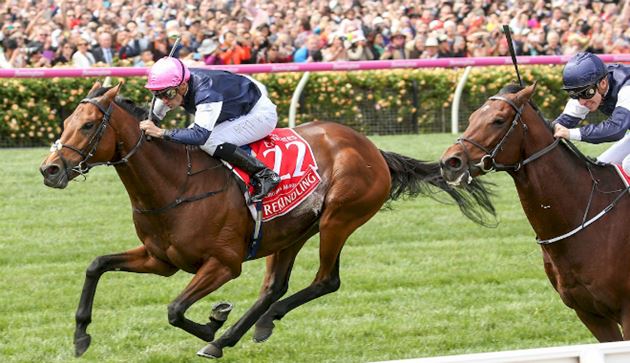 Two horses owned by Lloyd Williams are being offered for sale as stallion prospects at the upcoming Tattersalls December Mare Sale at Newmarket.

Rekindling, a son of High Chaparral, has raced just twice since winning the 2017 Melbourne Cup, finishing last in the 2019 Australian Cup and then finishing sixth, beaten 4.5 lengths, in a 2414-metre amateur riders’ handicap on July 11.

Yucatan was also retired by O’Brien midway through this year. The son of Galileo last raced in the G3 JRA Cup (2040m) when he finished seventh, beaten four lengths by Captain Cook, at The Valley in September 2019.

A contractor for the America’s Cup challenger organisation was behind the decision to limit access to some of the best viewed race courses, which sparked an angry spat between the challengers and Team New Zealand.

The Italian Challenger of Record said it found out only in September about the February decision to make the prime inner harbour courses unavailable for some races, meaning spectators on the shore would miss out on the action.

However, in tracing the timeline of decisions, Stuff has been told it was Grant Calder, of event management firm Mayo and Calder – then a contractor to both Team NZ’s event arm ACE, and the Italian challenger organisation, (COR) which first raised the idea in late 2019.

The restriction on courses for certain race days has now been lifted, but not before the first angry public exchanges between defender Team New Zealand and the Italians, who said

FORT WORTH, Texas – NASCAR’s Cup playoff race in Texas was postponed Sunday night after 52 laps on a misty day that slowly deteriorated to drizzle while it never actually rained before the event was called off.

The delay was just over four hours, and the restart planned for Monday morning. But the forecast isn’t promising with a 90% chance of rain overnight and the forecast high temperature barely reaching 50 degrees.

The pandemic-reduced crowd watched Clint Bowyer emerge as the leader with Jimmie Johnson second in the last Texas race as full-time drivers for both veterans.

The cars kept running for eight laps after the weather caution first came out as jet dryers circled the track. The cars sat uncovered on pit road for about half and hour before the tarps came out and the drivers and crews headed for cover.

It was fitting that Bowyer and the seven-time