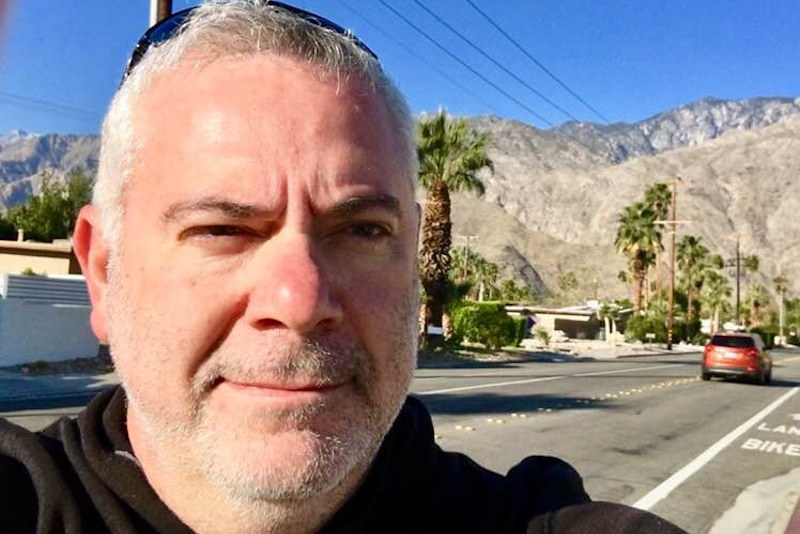 Mark Hunker, the co-owner of the 18th & U Duplex Diner, has purchased the legal rights to the name, trademark, logo, and other intellectual property belonging to the DC Eagle, which closed its doors in May following alleged mismanagement.

According to a filing from the U.S. Bankruptcy Court for the District of Columbia, Hunker purchased the name and trademark rights for $32,800 as part of an auction, authorized by the court and facilitated by Rasmus Auctions.

Hunker, who also owns the D.C. restaurant Red, White & Basil and Rehoboth Beach restaurants Eden and Jam Bistro, was one of 36 registered bidders who, taken together, made 149 different bids on the name and trademark rights before the sale was finalized on Nov. 12, 2020.

The sale was reported to the court by Bryan Ross, the trustee of the former leather bar’s estate. The net proceeds from

Gay businessman Mark Hunker, the co-owner of D.C.’s Duplex Diner and of two restaurants in Rehoboth Beach, Del., has purchased the legal rights to the name, trademark, logo, and other intellectual property belonging to the DC Eagle, the popular gay bar that closed its doors in May.

Hunker’s identity as the purchaser of the DC Eagle’s name and other intellectual property became part of the public record this week of the U.S. Bankruptcy Court for the District of Columbia five months after the DC Eagle filed for Chapter 7 bankruptcy on June 26.

ROXBURY — Three small and dying potted yellow Chrysanthemums on the brick front steps do very little to cheer up the run-down, long-vacant Tom’s Diner with its chipping paint and rusted exterior.

Nonetheless, the owner once again is talking about reopening the small, quintessential diner in the middle of an empty lot along Route 46 in Ledgewood.

Built-in the 1930’s and featured in Cyndi’s Lauper’s “Time After Time” video, the diner’s walls are decaying, bearing patches of exposed aluminum and overgrown weeds on the property.

Tom’s Diner on Route 46 by the Ledgewood Circle. Tom’s Diner along Route 46 in Roxbury has been closed since 2004. Third-generation owner Tom Seretis has tried to restore the diner since then, but says money problems have prevented him from doing so. Now he’s in court with the town after violating the town’s Vacant Property Ordinance. (Photo: Chris Pedota, NorthJersey.com-USA Today Network)

FLINT, MI — The owner of a longtime restaurant in Flint, known for its delicious breakfast and strong ties to the community, is selling the business after 13 years.

Tony Tucker, owner of Krystal Jo’s Diner, said the business is in the process of being sold to Aaron Sajdak.

“I never thought I would ever sell it, but I got the opportunity to basically do a dream job, with everything going on with COVID, I took the job,” Tucker said.

The restaurant, 3616 Fenton Road, has been shuttered since the beginning of the coronavirus pandemic in March. About a month later, Tucker was approached about filling the position of executive director for Old Newsboys of Flint after the previous executive director Chris Hamilton died on March 1.

Tucker was friends with Hamilton for nearly a decade, he said.