As you might know, American Homes 4 Rent (NYSE:AMH) just kicked off its latest quarterly results with some very strong numbers. The company beat both earnings and revenue forecasts, with revenue of US$311m, some 3.9% above estimates, and statutory earnings per share (EPS) coming in at US$0.07, 97% ahead of expectations. Following the result, the analysts have updated their earnings model, and it would be good to know whether they think there’s been a strong change in the company’s prospects, or if it’s business as usual. So we collected the latest post-earnings statutory consensus estimates to see what could be in store for next year. 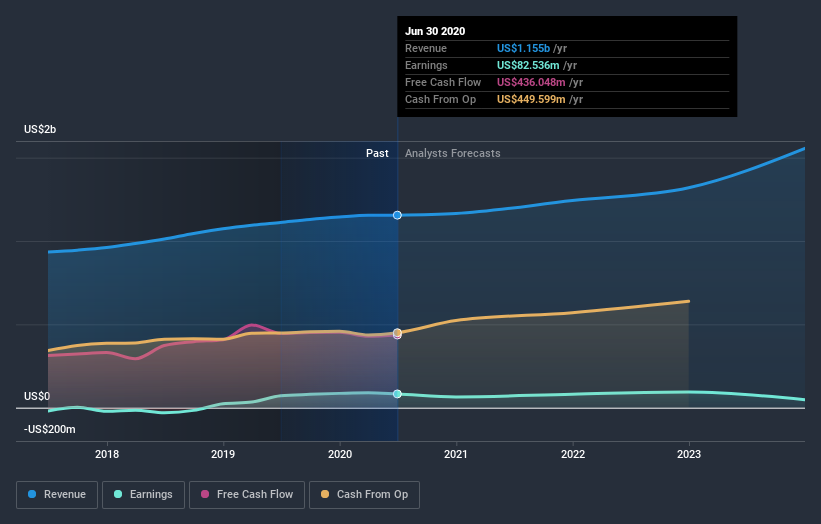 Taking into account the latest results, the current consensus from American Homes 4 Rent’s 14 analysts is for revenues of US$1.24b in 2021, which would reflect a satisfactory 7.6% increase on its sales over the past 12

New home sales dropped to a seasonally-adjusted annual rate of 959,000, down from August’s revised rate of 994,000, according to the data jointly released by the U.S. Census Bureau and the U.S. Department of Housing and Urban Development. Consensus, meanwhile, had expected sales to keep rising. Economists polled by FactSet were looking for a seasonally-adjusted annual rate of 1,015,000.

September’s rate represents a 3.5% slowdown from August. But this month’s rate was 32.1% higher than the same month last year, and was the highest rate in September since 2006, according to historic data.

While the report took the consensus off-guard, the slowing wasn’t entirely unexpected after a summer that saw demand for homes surge and builder stocks rise to new highs. “The pace of new

WASHINGTON (Reuters) – U.S. home sales surged to a more than 14-year high in September, boosted by historically low mortgage rates, but record high prices amid a shortage of houses could curb further gains.

The National Association of Realtors said on Thursday that existing home sales jumped 9.4% to a seasonally adjusted annual rate of 6.54 million units last month, the highest level since May 2006. Data for August was revised down to a rate of 5.98 million units from the previously reported 6 million units.

Economists polled by Reuters had forecast sales increasing 5% to a rate of 6.30 million units in September.

Existing home sales, which account for the bulk of U.S. home sales, vaulted 20.9% on a year-on-year basis in September.