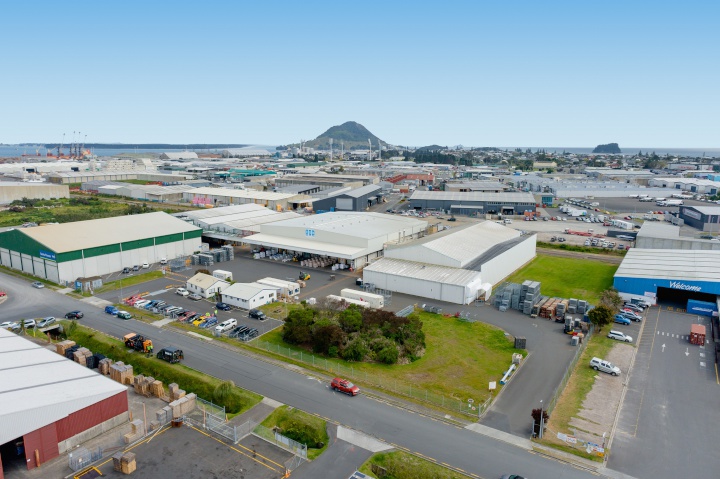 The land and buildings housing a
major storage and distribution facility servicing New
Zealand’s leading food exporters has been placed on the
market for sale.

The large industrial coldstore facility
at 7-13 Te Maire Street, near the Port of Tauranga in the
Mount Maunganui industrial precinct, is fully leased to Cold
Storage Nelson Limited (CSN).

CSN has earned a reputation
as a leading provider of temperature-controlled storage and
handling of primary produce and manufactured foods destined
for domestic and overseas markets. Its Mount Maunganui
facility caters primarily for meat and seafood
products.

The company has four storage hubs around the
country, including one nearby at the Port of Tauranga, with
a combined capacity of 50,000 tonnes.

Since its
beginnings in 1975, CSN has established itself as a
frontrunner in cutting edge technology such as robotic
racking systems, real-time online inventory tracking

POULSBO, Wash. (AP) — A former Port of Poulsbo commissioner arrested for vandalizing a memorial to a Native American man killed by police struck a deal with prosecutors to avoid a felony conviction, The Kitsap Sun reported.

Mark James DeSalvo, 49, who resigned from the port after his arrest, agreed last week to follow for a year the conditions set forth in Kitsap County District Court. At that point his second-degree malicious mischief charge will be dismissed.

On July 3, 2019, Poulsbo police Officer Craig Keller shot and killed Stonechild Chiefstick at the park amid a crowd gathered to watch fireworks. Witnesses said Chiefstick lunged at Keller with a screwdriver in his hand, according to a prosecutor’s report declining to charge the officer. Keller was trying to arrest Chiefstick after a