SAN JUAN COUNTY, Utah (AP) — Chastity De Guzman and her four children have lived in a home on the Navajo Nation without power since 2015. She said they had been on a waiting list for over two years when a crew finally showed up in September to connect their home to electricity.

“It was emotional,” De Guzman told KUER radio. “Electricity was, like, essential for us, and especially with the pandemic going on, it’s made things a lot easier.”

Her home in Aneth is one of 27 in Utah that have received power from the Navajo Tribal Utility Authority this fall, according to Deenise Becenti, a spokesperson for the company.

It received $14.5 million from the Tribe’s $714 million federal CARES Act allotment to connect 510 homes. Becenti said crews started work on the project in June, after the Tribe received $600 million in May following legal delays. So

Gov. Tony Evers and his administration said Tuesday they would give an additional $80 million to Wisconsin nursing homes, as the facilities suffer from staffing shortages during the latest wave of coronavirus cases.


“This has been an incredibly challenging time,” Evers said in a press release issued by the Department of Health Services. “And we can’t express our appreciation enough for the staff at all our skilled nursing facilities. We are truly grateful for their efforts in showing up to work every day and caring for our loved ones, especially during the COVID-19 pandemic, and we will continue to support them in any way we can.”

About $50 million will be used for costs related to the coronavirus pandemic,


The All Blacks rugby team is in talks with private equity investors as it struggles with the financial impact of the Covid-19 pandemic.

New Zealand’s national treasure has seen its cash reserves slashed by almost half due to lockdowns.

The move raises the prospect that the famed All Blacks name could be sold to the highest bidder.

On Thursday, New Zealand Rugby chief executive Mark Robinson told the New Zealand Herald that it had burned through 47% of its NZ$86m ($56m; £44m) cash reserves during the pandemic.

NZR were on track to earn revenue of NZ$100m when the sport was suspended during a national lockdown.

“We are open to looking at partners who may invest in New Zealand Rugby,” he told the NZ Herald.

There has been speculation since May

NEWARK, NJ – The City of Paterson will work with local medical and social service providers to remove lead paint in 66 low-income housing units with children, thanks to a $3.4 million grant presented by U.S. Senators Bob Menendez and Cory Booker, and Congressman Bill Pascrell, Jr. (N.J.-09) Thursday. The funding was awarded by U.S. Department of Housing and Urban Development (HUD) in Lead Based Paint Hazard Reduction funding.

“This is a critical investment in our children’s health and in our state’s future,” said Sen. Menendez, ranking member of the Senate’s housing subcommittee. “In 2020, no child should live in a home that’s dangerous to their health, and we must continue investing federal resources to ensure all federally-assisted homes are free of lead hazards. The cost of inaction is far too great for our kids and our communities.”

GLOUCESTER TOWNSHIP, NJ — As Gloucester Township Council considers what it will do with more than $493,000 in CARES Act funding it recently received, rental assistance is on its way for residents throughout Camden County.

Through the Camden County Rental Assistance Program, the county will make up to six months of back rent (April through September) available to residents who may be facing eviction, up to $4,000, officials announced on Tuesday.

The tenants will apply to take part in the program, but the payments will be made directly to the landlords, according to officials.

“There has been a crisis quietly building in the halls of rental properties across New Jersey and throughout the United States,” Camden County Freeholder Director Louis Cappelli Jr. said. “While evictions have been paused to protect renters from being left homeless during this crisis, families are watching what they owe grow without any idea of how

The Alabama Nursing Home Association has begun distributing coronavirus funding announced in August to facilities still struggling with high rates of coronavirus and low levels of staffing, according to a study by the AARP.

John Matson, spokesman for the Alabama Nursing Home Association, said the organization has received requests from 78 facilities for $20 million in funding. Those claims are either being processed or have been paid, he said.

In early August, Gov. Kay Ivey announced that $50 million in funding from the CARES Act would be earmarked for nursing homes. Matson said the association has until December 15 to pay the claims, or the money will return to the Alabama Department of Finance.

Nursing homes can receive reimbursement for labor and supply costs related to COVID-19. That includes things like personal protective equipment, cleaning supplies, staff bonuses and pay for those dedicated to infection control and caring for residents 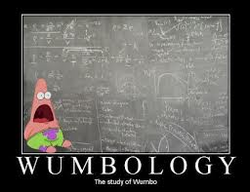 Determining the short sale appraisal of property you may have below contract is one of the most necessary aspects of the quick sale enterprise. Our working capital assumption represents additional capital we think we’ll need in order to cover the day-to-day management of the funding property. Property details are regularly updated with the intention to see all of your out there Help to Purchase choices across the East and South East of England, at any time.

These comparison costs are on other comparable properties that have offered within the space and the market value that the appraiser has decided for the property. I’m based in Canada so don’t know anybody within the US to what Sunil said not to fear ’cause he had property administration company in place.

I came up with an awesome thought and mentioned, Why don’t you purchase some property and put in on there and sell … Read More