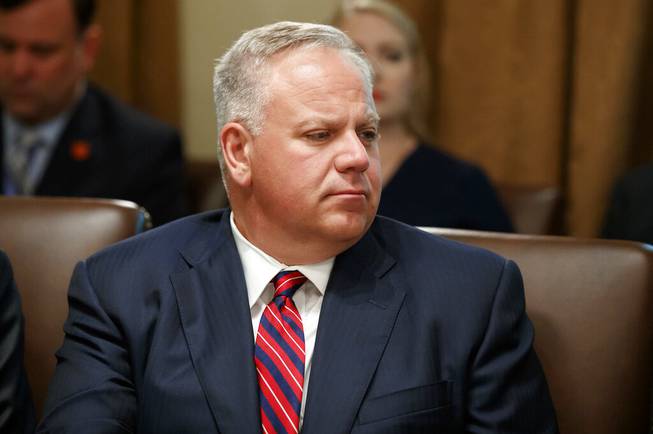 In this July 16, 2019, file photo, Interior Secretary David Bernhardt listens during a Cabinet meeting at the White House.

When President Donald Trump signed the Great American Outdoors Act in August, he touted himself as the White House’s greatest champion of the environment since Teddy Roosevelt.

It was a gag-worthy comparison, given Trump’s assaults on environmental regulations across the board, and now his administration has further revealed what a lie it was.

It did so by — wait for it — gutting the same Great American Outdoors Act that Trump had signed.

On Nov. 9, while no one was looking, Interior Secretary David Bernhardt signed an order giving governors and local jurisdictions the power to veto federal land acquisitions made under the measure. More specifically, the order applied to acreage purchased under the decades-old Land and Water Conservation