A precious part of literary history is currently up for sale: Toni Morrison’s 1,200-plus personal collection of books. According to Galerie magazine, the late Nobel Prize winner’s family recently made the collection available for purchase separate from her Manhattan apartment, in Tribeca, which was listed on the market for $4.75 million last month. (It should be noted that the collection is available in its entirety and individual books cannot be purchased piecemeal.)

Morrison had an unsurprisingly impressive collection, including many books by Langston Hughes, James Baldwin, Zora Neale Hurston, the Clintons and the Obamas, and W.E.B. Du Bois. According to Galerie, the three books she kept on her bedside table were Robert A. Caro’s Lyndon Johnson biography, David Maraniss’s Barack Obama: The Story, and Stephen King’s Revival. Morrison also had a few less obvious books in her collection, including Susan Sontag’s I, etcetera, Hillary Mantel’s Wolf 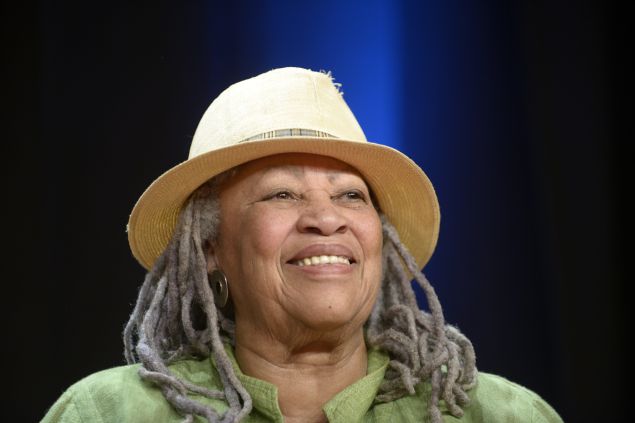 When the Nobel Prize-winning author Toni Morrison passed away at the age of 88 in 2019, she left behind an immeasurably valuable bibliography of novels, non-fiction essays and articles that illuminated truths about the Black American experience for readers all over the world. Additionally, as one might expect, she left behind a formidable personal library in her Tribeca apartment, the latter of which is now up for sale and listed at $4.75 million. According to Galerie magazine, Morrison’s collection of over 1,200 books is available to be purchased separately from her apartment, and it includes a number of interesting titles and details you might not initially expect.

For one thing, according to a reporter who became intimately familiar with Morrison’s library, not a single page in any of her thousands of books featured

A piece of literary history is now on the market in New York City. It is a three-bedroom, two-and-a-half-bathroom condominium in the Tribeca neighborhood owned by Toni Morrison from 2014 until her death in 2019, and it is listed for $4.75 million.

The loft features an open floor plan in the main living space, with the kitchen looking out to a combination dining room and living room, which gets plenty of light thanks to a wall of windows with great views of Manhattan. The space is warm thanks to wood kitchen cabinets and a rich, dark hardwood floor, but bright thanks to the stark white walls, which provide a great backdrop for the art currently on display. Fittingly for a home owned by a Pulitzer- and Nobel Prize–winning author, the main focus of the dining room is a large wall of built-in bookshelves. In the living room, there is a

The downtown Manhattan apartment that belonged to the late Pulitzer and Nobel Prize-winning author Toni Morrison has hit the market for $4.75 million.

Described in the listing as the “loft of a legend,” the three-bedroom spread in Tribeca was listed for sale on Friday.

Morrison, a celebrated novelist and essayist whose work explored black identity in the U.S., “really made it feel like a cozy home,” listing agent Amanda Brainerd of Brown Harris Stevens told Mansion Global. “It’s very warm and inviting, and a bit of a bookish oasis.”

The 2,319-square-foot apartment is lined with bookshelves that extend from the home’s wooden floors to its ceilings and during her tenure, Morrison opened up the third bedroom into the living room to create a writing room-meets-library.

“The entire apartment was designed for comfort and contemplation,” Ms. Brainerd said, “for curling up with a good book or writing.”

The home also has